Santa did manage to show this year by delivering a rally for the S&P 500 of 0.81% as of the close of market on Wednesday. (last 5 trading days and first 2 days of the new year)

The next important signal we get now is the "First 5 Days" of the year. The last 47 Up First Five Days were followed by full-year gains on 39 of those years. That's an 83% hit rate. In addition, the average return is up nearly 14% for those years.

The numbers fall off substantially when the First 5 Days are down, coming in negative nearly half the time and averaging less than 1% returns for the whole year.

After that comes the big January Barometer completing the seasonal January trifecta. "As January goes, so goes the rest of the year", says the old adage. But we won't get that data until after the end of this month.
For now we'll focus on the economy at hand. When borrowing costs are rising, investors are wary of buying risk assets. This leads to less borrowing by households and businesses, which means less money being spent. In turn, companies sell fewer goods and revenues decline. And as debt-servicing costs rise, corporate profits fall and employee layoffs rise. This cycle of economic data generally leads to a recession. The unknown is whether it will be a mild or deep recession.

As it stands, we're playing defense until the market finds it's direction. In the below chart for the S&P 500, you can see the indecision zone it is currently trading within. Traders have not made up their mind yet, so the market is in a short-term consolidation phase, ultimately waiting for either a break-up or a break-down. 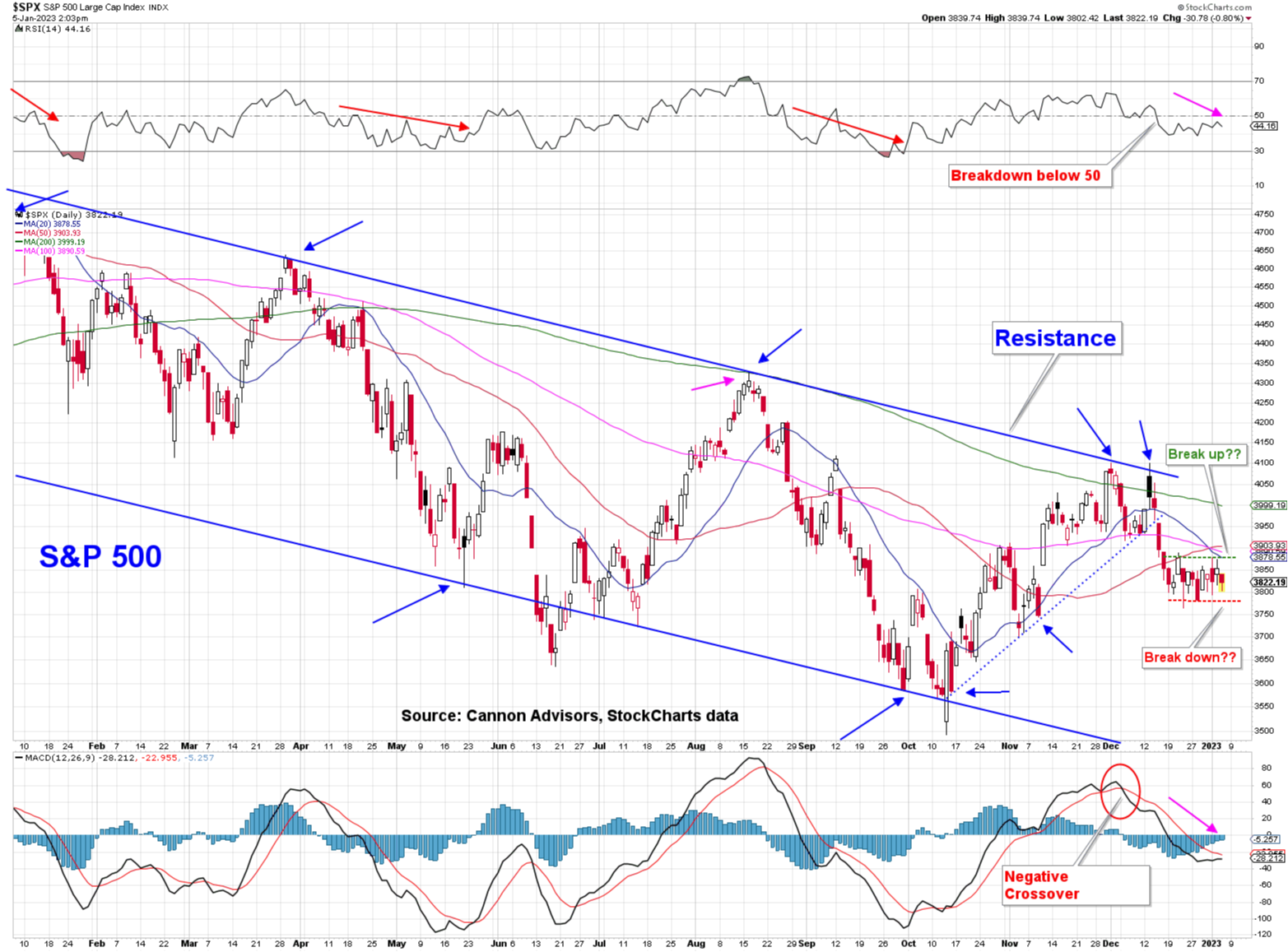 Schedule a meeting to see how we can help you reach your financial goals.