As referenced in previous market updates, 2022 has been and will continue to be a very volatile year - so stay buckled!  We will get through this, and in years to come, I believe we are in a time that will be viewed as an amazing opportunity if played correctly (as was 2003 and 2009). We are watching our updated support levels closely and will take further action if we feel the market has significantly more downside risk - and it might, but it would be wise to let the technicals guide us, versus the media or worse, our emotions.

Although Tuesday was a painful drawdown, we remain inside of our acceptable support/resistance range. As illustrated below, the S&P 500 is consolidating and "winding up"...and will eventually break up or down, but as of now, we are still in a mid-range pattern of higher-lows. If the index breaks support, I would anticipate it testing the lows set in June (bottom red dotted line).

I firmly believe the dollar holds the key.  For instance, when the market dropped on Tuesday, the dollar was up. The below 60-minute chart over the past 30 days illustrates the inverse correlation between the dollar and stocks.

If we look at a 1-year chart of the Dollar, you will see that it could go either way in the very near term. The direction has been up all year (higher-highs, higher-lows), and until the lower blue channel support level is breached to the downside, we must assume this trend will remain in play. In the short-term is does appear overbought. In my opinion, this relationship is critical to monitor, and holds the key. 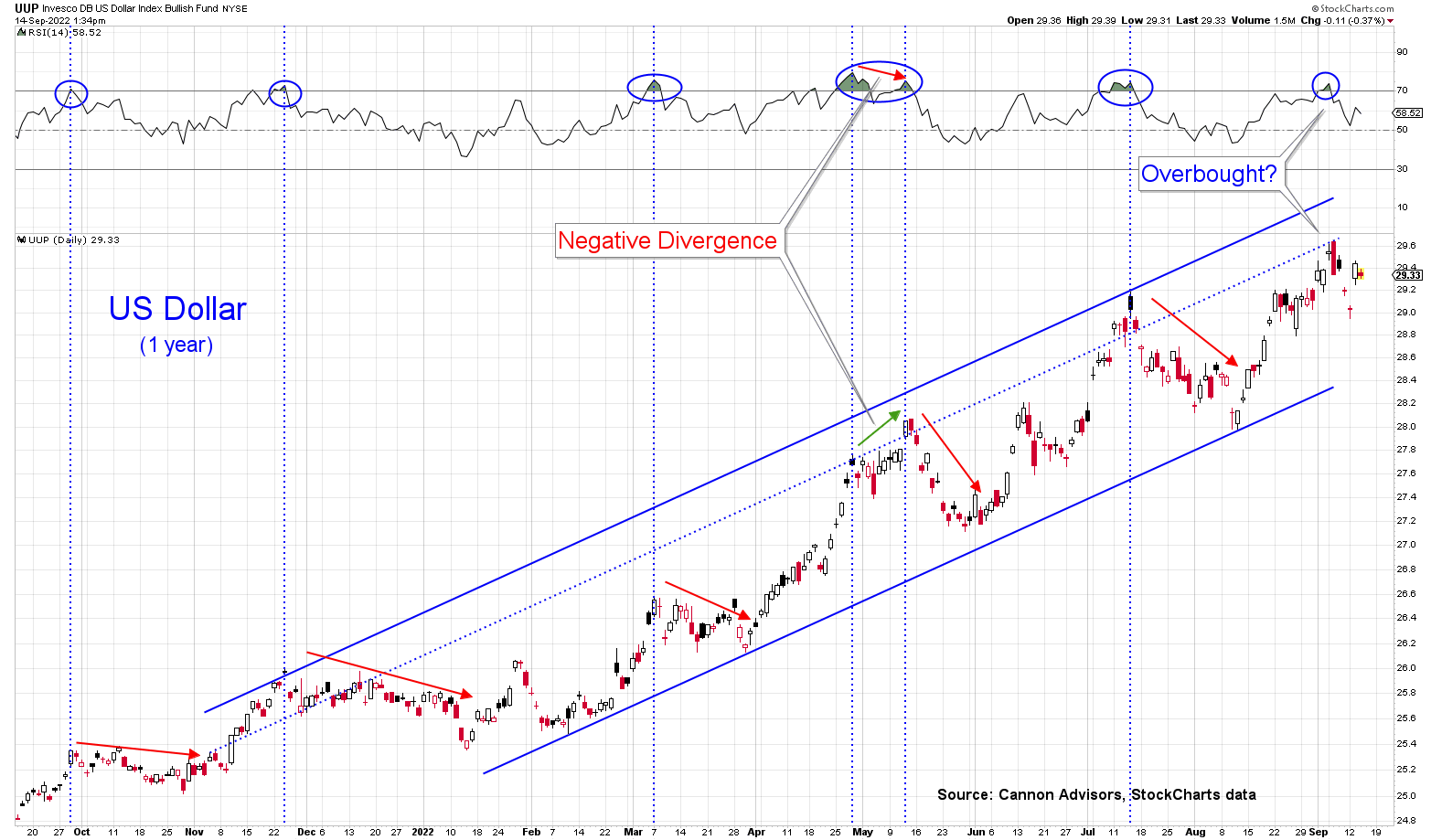 The final below chart provides a glimmer of hope. It is a much longer look at the Dollar (10-Years) and shows that it may be close to running it's course, and could be due for a major pull back (which would be very positive for stocks!). In addition, the current uptrend of the dollar is the longest on record﻿ since 1971 when President Nixon ended the convertibility of the dollar to gold.