The sell-off in global equities has been persistent over the past week, which supports defensive positioning. We continued to raise cash since December, and reallocated some capital from growth stocks into value stocks. On the sector level, we are increasingly defensive, which helped to reduce risk, especially relative to the overall market. Our indicators remain in risk-off mode as long-term metrics enter correction territory.

Simply put, most technical signals suggest proactive measures that will protect capital on the downside.

The charts below display some key thresholds that will trigger higher cash levels, such as a break below the 200-week moving average (requires at least two consecutive weekly closes to confirm), and less than 50% of S&P 500 stocks trading below their 200-day moving average. 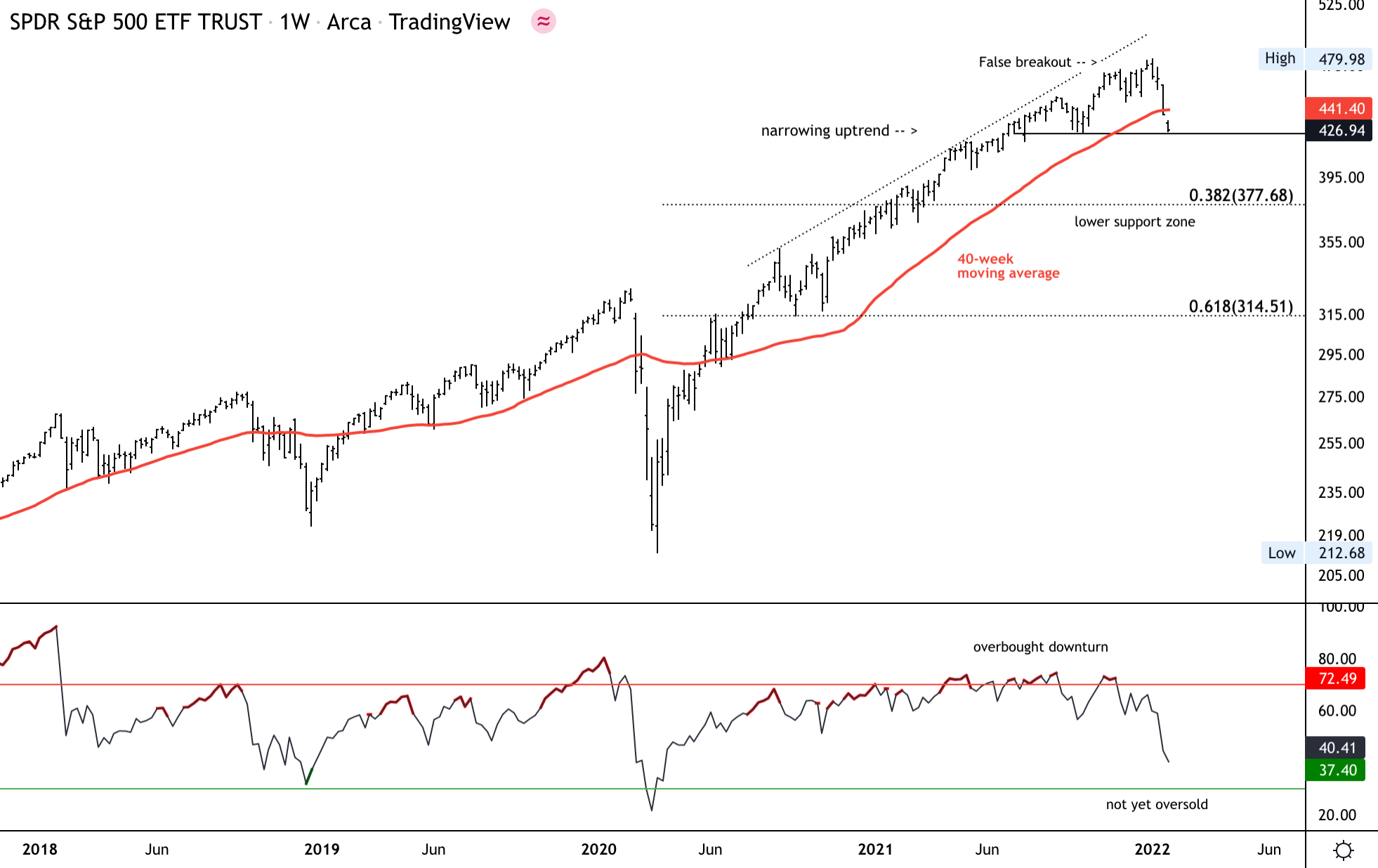